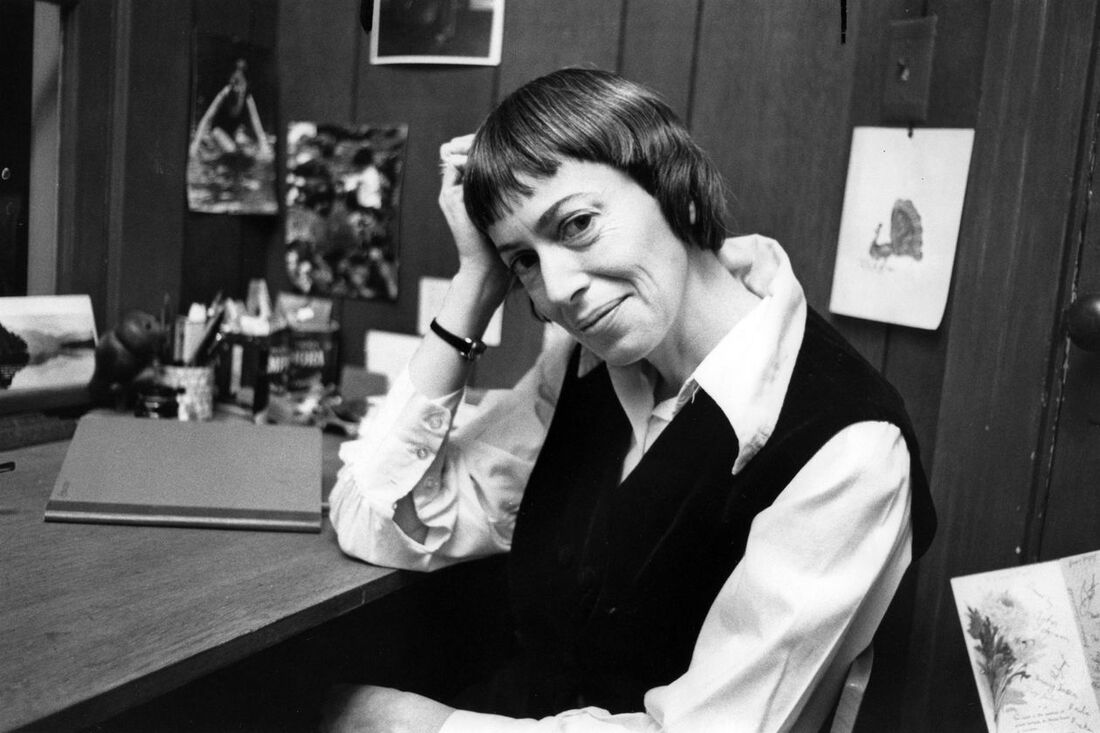 04 Aug Is your Self Image accurate?

Posted at 16:43h in brain, empowerment, feldenkrais, self image by Fariya Doctor

I would not describe myself as a great reader, like those people who devour books on a daily basis. I would say I am a slow, plodding, poorly educated reader that occasionally stumbles upon a “keeper”.

Well I stumbled. As I was doing some research for my upcoming workshop I found an article written by Maria Popova about Ursula K. Le Guin and was so excited I ordered the book! (I have added the link below.)

Le Guin examines what it is to be a man in “an extraordinary essay titled “Introducing Myself,” which Le Guin first wrote as a performance piece in the 1980s and later updated for the beautifully titled, beautifully written, wide-ranging 2004 collection The Wave in the Mind: Talks and Essays on the Writer, the Reader, and the Imagination”.

It is a brilliantly political, and humorous article on the generic “he”. That in language, as a reflection of our self image we are all “he” and that a “she” is an “imitation of man” and a very poor one at that. Le Guin goes onto describe her body image, but in a way that makes fun of societal perceptions.

“I admit it, I am actually a very poor imitation or substitute man, and you could see it when I tried to wear those army surplus clothes with ammunition pockets that were trendy and I looked like a hen in a pillowcase. I am shaped wrong. People are supposed to be lean. You can’t be too thin, everybody says so, especially anorexics. People are supposed to be lean and taut, because that’s how men generally are, lean and taut, or anyhow that’s how a lot of men start out and some of them even stay that way. And men are people, people are men, that has been well established, and so people, real people, the right kind of people, are lean. But I’m really lousy at being people, because I’m not lean at all but sort of podgy, with actual fat places. I am untaut.”
Ursula K. Le Guin

This tongue in cheek commentary about being subpar, and not fitting what she is supposed to be, jumped out at me. At the same time I was preparing a workshop and had downloaded a Feldenkrais® Lesson about Self Image.

I chose to study this lesson for my series of online classes on meditation and Feldenkrais.

Here is a quote from this lesson on Self Image by Moshe Feldenkrais:

“What does it mean to continue to develop? To develop in a direction … in which direction? If you give an example to someone that he needs to be like this or like that-then he forces himself to adjust to this frame and stops being himself. He must be like the other one teaches him or demands of him. This is the way that is used in the whole world; not only in exercise, but with everything. People are educated how they should be.”

(As you can see the generic “he” is even being used by Moshe.) But, what he says does not contradict what we often feel about ourselves, and what the brilliant writer Le Guin complained about.

We (he/she) compare ourselves to others, to social norms, and to the detriment of our own wellbeing.

There are many of Feldenkrais lessons that bring a person back to this sense of wellbeing, and even though they are not called meditation, they are deeply meditative.

These lessons bring a person to a quiet place of sensing, focusing inward and resulting in an expansive experience, without expectation from others, without comparison to others, but to be fully and completely ourselves.

This expansiveness of self showed up in a client who had taken a series of classes at a Feldenkrais Festival. She appeared transformed. Her arrived at her previous appointment heavy with anxiety, and burdened with life’s challenges. After the festival, she presented as a woman with unlimited possibilities and an empowered woman. She walked into my office looking differently, talking differently about herself and walking differently. In essence, carrying herself  in an entirely different way.

You can not imagine how delighted I was!

Looping back to my own self image on my reading skills, I had to reevaluate and relearn a new way of seeing myself.

A recent review of Potent Self revealed to me my own false internal evaluation of a poor, and plodding reader. ” The truth is, we can improve our ability to think abstractly, to adapt, and to grasp complex situations, simply because most of us have never learned to use any of these abilities to the full” – (Moshe Feldenkrais, Ch 1, Human Capacity, Potent Self).

As a reevaluate my self image, I give myself a chance to grow. As I learn to use my reading abilities more fully, I am reminded of another gem of a book “Listening with your Whole Self” by David Kaetz.

He reminds me of the complexity of reading, listening and truly understanding. He points out that “tongue-listening” is a prior condition of reading and writing. We are taught to read out loud in school, but thereafter we are expected to read in total silence.

David explains,”you will still be hearing the words in your head, but if you continue to pronounce them a loud as you read, you risk appearing to be less than fully literate”. However, if you are only reading for content it can lead us to be “listening impaired”.

My slowness may be my processing style. I read, sit back and think about personal experiences, recollect sounds, and feelings that pop into my consciousness. A web of possibilities get stirred up.

As I reevaluate my self image and literacy skills, Moshe’s encouragement on harnessing abilities, le Guin’s humour, and David’s perspective on hearing, are informative and helpful.

It certainly has helped me realize that my memory and comprehension of what I read is affected by how much I slow down and internalize the content, one of the principles of The Feldenkrais Method of somatic education, of slowing down, sensing deeply, and knowing oneself.