Posted at 16:39h in brain, healing by Fariya Doctor 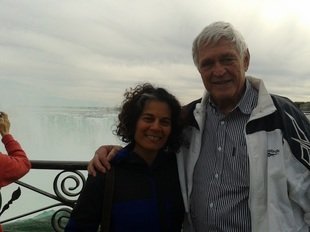 If anyone was convinced about our ability to change our brain, it was John Pepper. In fact he was relentless in spreading the word. The Niagara Region was lucky to have him teach two seminars in October. An 82 year old man with Parkinson’s Disease and I could barely keep up with him. I thought, if I could practice that sense of mental tenacity, urgency, and conviction… well watch out world. John’s book Reverse Parkinson’s Disease can be found on his website. He will be one of the topics in a TV series on the Nature of Things. Starting on the October 27th, The Brain’s Way of Healing will be featured. I’ve already got my PVR set to record!

It was REFRESHING to read about Dr. Karen Pape in The St.Catharines Standard (Sept. 26, 2016). The Neuroscientist at Hospital for Sick Kids in Toronto worked with children with Cerebral Palsy. She felt that bad habits, not a bad brain afflict many patients, and that good habits can replace them. YES!
Music to my ears. Her book The Boy Who Could Run, But Not Walk can be found on Amazon.
I wondered if she knew about The Feldenkrais Method so I contacted Dr. Pape to ask. It turns out she knows about the Method and she has been a big fan since the 80s.

Many Feldenkrais Practitioners work with children with developmental disorders. Here is a video of Anat Baniel teaching parents how to pick their child up to encourage GOOD habits. Enjoy!